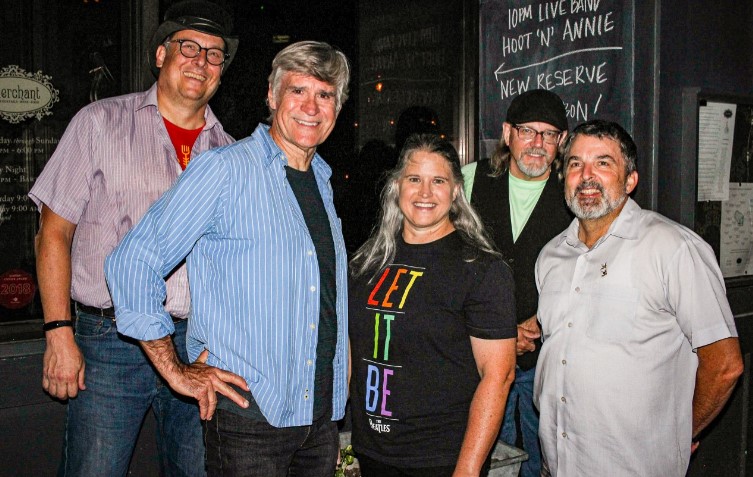 Audience members should get ready to kick up their heels with Hoot ‘n Annie, a vocal centric string band, on July 19. Be prepared to enjoy a hootenanny– essentially a folk song party–packed with songs that are fun to sing in harmony backed by fiddle, banjo, mandolin, harmonica, cello and guitar.

Hoot 'n Annie" comes from the Scottish word 'Hootenanny," meaning "celebration" and / or "party", most closely associated with Hogmanay. With the Scots being one of the biggest groups of settlers in the Appalachian region of North America (bringing with them their whisky-making tradition and methods, leading to the area's "moonshining" tradition) it is not surprising that hootenanny became an Appalachian colloquialism, although it became used in early 20th-century America as a placeholder name to refer to things whose names were forgotten or unknown. In this usage it was synonymous with thingamajig or whatchamacallit, as in: "Hand me that hootenanny." Hootenanny was also an old country word for "party". Nowadays the word most commonly refers to a folk music party. So, that's the Hoots. They're a folk party thingamajig.